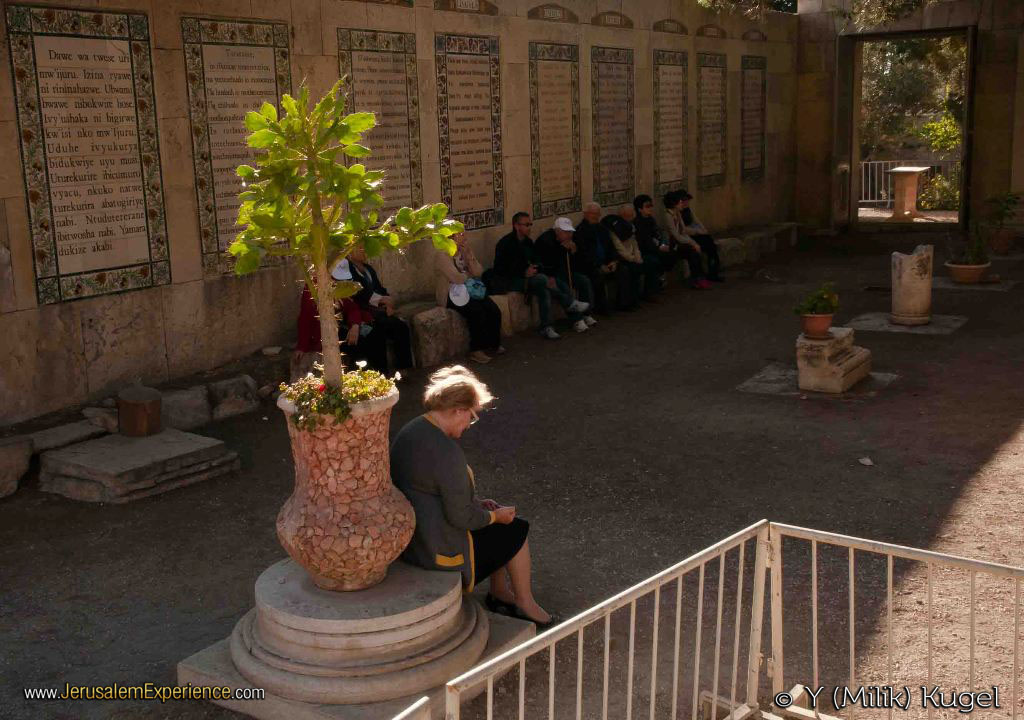 In this Album I am sharing with you pictures that we have taken at the Pater Noster Church Jerusalem at the Mount of Olives. As you will notice, we are focusing on the people visiting this amazing Pater Noster Church Jerusalem and not on the Church itself. We are trying to convey to you, the overwhelming spiritual emotions that these people experience during their visit here….. so you could also experience some of these spiritual emotions.

After watching the pictures in this album, I highly recommend you to also watch the Video that I have made at the Pater Noster Church Jerusalem – Click here to watch the Video!

The Pater Noster Church is built on the traditional site where Jesus was teaching of the Lord’s Prayer. The Roman Emperor, Constantine, under the direction of his mother Helena, has built the first basilica at the site during the 4th century in order to commemorate the Ascension of Jesus Christ. Later in that same Century, pilgrim Egeria  referred to this church as the church of the Eleona, which means Mount of Olives in Greek. Egeria based her reference on the second Acts of John, that mentions the existence of a cave on the Mount of Olives associated with the teachings of Jesus, but not specifically the Lord’s Prayer.

That is it for Now, and until we meet at my next video, Let’s All Live the Jerusalem Experience!