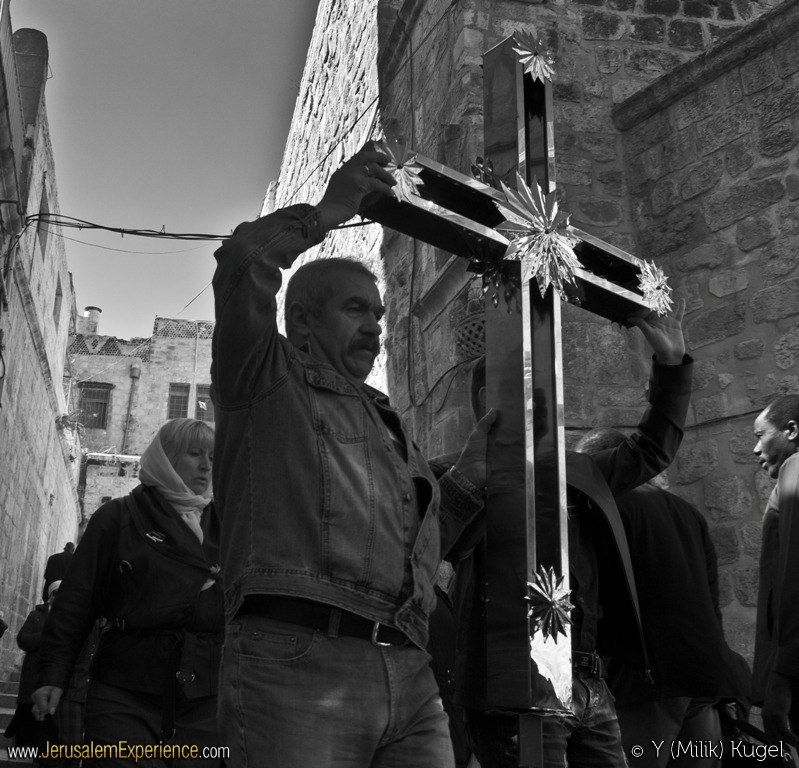 The Via Dolorosa Pictures

In this Album I am sharing with you pictures that we took along the Via Dolorosa here at the Old City of Jerusalem. As you can see, we are focusing on the people that we meet  along the way of the Cross instead on the stations of the Via Dolorosa. we start at station number 1 where Jesus was put on trial and condemnt to death by crucifixion and we finish at the Church of the Holy Sepulchre for which I have a dedicated Picture Album and a set of Videos

The People along the Via Dolorosa

Every morning, groups of pilgrims from all over the world, picking wooden crosses at station number 2 (Churches of Flagellation and Condemnation of the Cross) and carry them all the way along the stations of the Via Dolorosa -usually, each group walk with its preist who lead the members in praying between the stations and read scripts discribing what happened to Jesus at each staion. But not only groups walk along the Via Dolorosa. There are many individuals that meditate upon what happened to Jesus along his last path on earth.

If you happened to be in Jerusalem and you have the time, I strongly recommend to seat at one of the restaurant or coffee shops, mostly next to stations number 3 and 4, and watch the people walking the Via Dolorosa passing by you.

That is for today, and until we meet again in my next video, Let’s All Live the Jerusalem Experience!!!