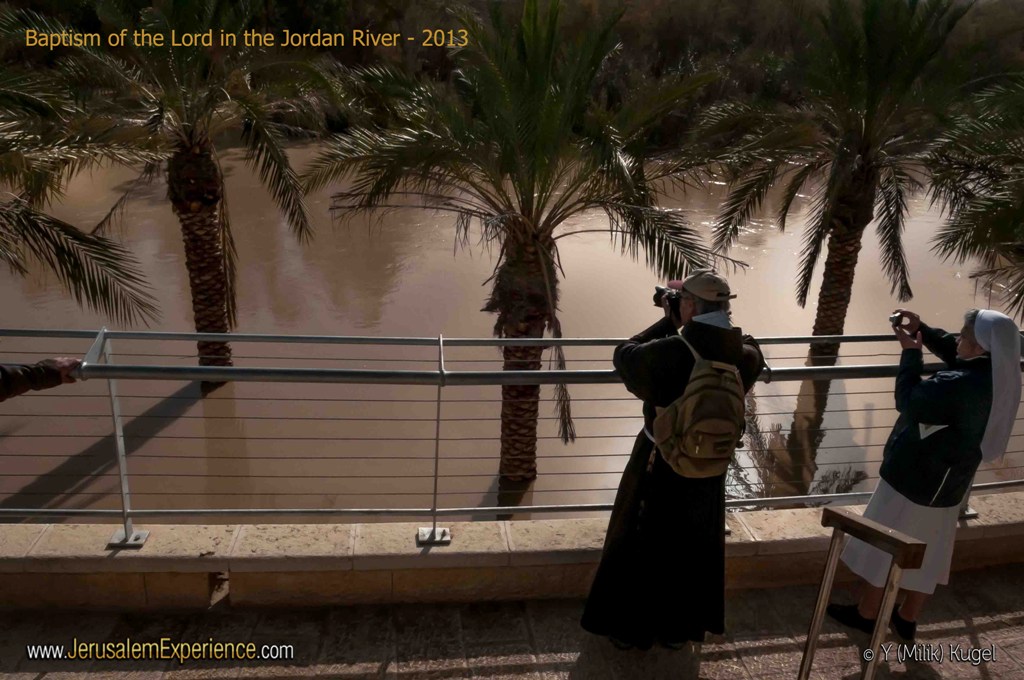 Baptism of the Lord in the Jordan River

Baptism of the Lord Pictures Album

In this Album I am sharing with you pictures that we have taken during the celebration of the Baptism of the Lord at the Jordan river where it is called Qasr Al Yahud. As you will notice, we are focusing on the people during the ceremony and not at the actual ceremony itself. We are trying to convey to you, the overwhelming spiritual emotions that these people experience during their visit here….. so you could also experience some of these spiritual emotions.

Video of the Baptism of the Lord Ceremony:

After watching the pictures in this album, I highly recommend you also to watch the Video that I have made during this ceremony in year 2013 – Click here for a Video from this feast.

During this ceremony, babies are being baptized just like Jesus – Water from the Jordan river and at the same place where Jesus was baptized by John the baptist.

The site of the Baptism of the lord is considered the third holiest place in Christianity since at this place God declared that Jesus is his son, in Whom He was well pleased:

This is why the baptized of Jesus is considered as the Spiritual Birth of Jesus while the physical birth of Jesus took place in Bethlehem.

Many of the Fathers of the Church, as well as the medieval Scholastics, saw Jesus’ Baptism as the institution of the sacrament. His Flesh blessed the water, and the descent of the Holy Spirit (in the form of a dove) and the voice of God the Father announcing that this was His Son, in Whom He was well pleased, marked the beginning of Jesus’ public ministry.

That is it for now, and until we meet in my next video, Let’s All Live the Jerusalem Experience!!!