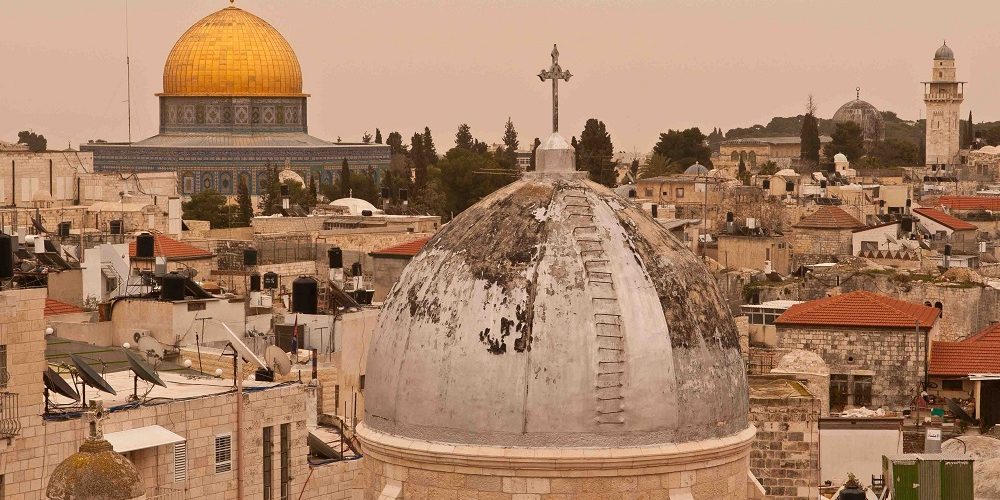 Jerusalem, the birthplace and spiritual home for the 3 major Abrahamic religions, is considered to be one of the oldest cities in the world while archeological evidence suggests that Jerusalem was established around 3000 BC (5000 years ago). During its long history, Jerusalem has been destroyed at least twice, besieged 23 times, attacked an additional 52 times, and captured and recaptured 44 times, according to Eric H. Cline’s tally in Jerusalem Besieged. Jewish Jerusalem was founded 3000 years ago when King David captured it from the Jebusite and made it the capital of the United Kingdom of Israel. His son King Solomon commissioned the building of the first Temple as the home for the Divine Presence on Mount Moriah, which is also called the Temple Mount.

According to Biblical sources, this is where Abraham prepared to sacrifice his only son, Isaac, to God. According to Muslim belief, it is from the same rock on which Abraham prepared to sacrifice Isaac that Muhammad ascended to heaven. This is the site of the Dome of the Rock, which is one of the holiest sites to Muslims all over the world. The Dome of the Rock is located at the visual center of a platform known today as the Temple Mount. It was constructed on the site of the Second Jewish Temple, which was destroyed during the Roman Siege of Jerusalem in 70 CE.

As we can see, Jerusalem has clearly “changed many hands” over its long history. The following is a brief description of the most important ones:

Palm Sunday – The Meaning of Behind the Scenes