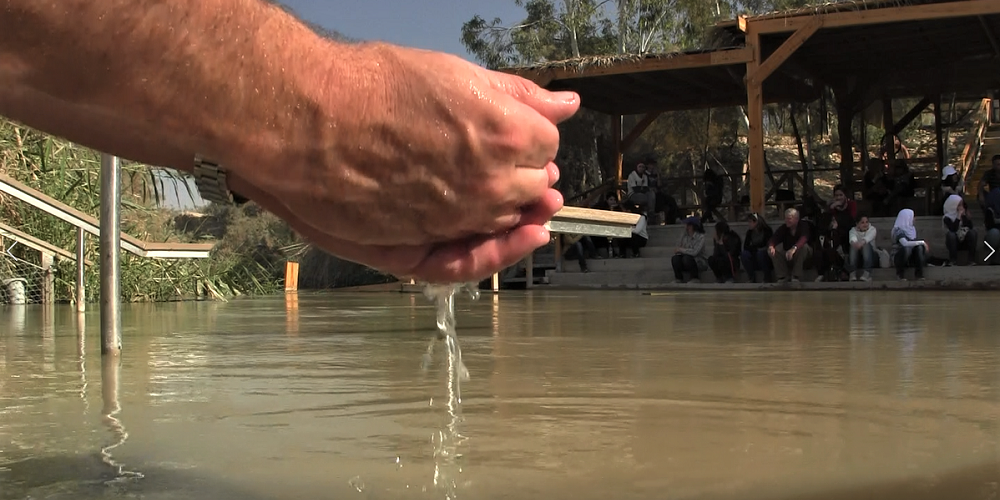 Today we are visiting the official baptism site of Jesus at the Jordan River, called Qasr el Yahud, where Jesus was baptized by John the Baptist.  The site is 5 miles north to the Dead Sea and 3 miles east from the Old City of Jericho.

The Baptism site of Jesus is considered the third holiest place in Christianity since at this place God declared:

“Then Jesus came from Galilee to the Jordan to be baptized by John.; But John tried to deter him, saying, “I need to be baptized by you, and do you come to me?”; Jesus replied, “Let it be so now; it is proper for us to do this to fulfill all righteousness.”Then John consented.; As soon as Jesus was baptized, he went up out of the water. At that moment heaven was opened, and he saw the Spirit of God descending like a dove and alighting on him.; And a voice from heaven said, “This is my Son, whom I love; with him I am well pleased.””        Matthew 3, 13-17

After the baptism, the Synoptic gospels describe the temptation of Jesus, where Jesus withdrew to the Judean desert to fast for forty days and nights

Many see the baptized of Jesus as the Spiritual Birth of Jesus while the physical birth of Jesus took place in Bethlehem where he was born.

When we look around we can see several monasteries that were built over the years to provide shelter and a place to stay for many pilgrims who came to visit this important destination in this secluded place.

All year long, pilgrims from all over the world visit the baptism site of Jesus. Some take HOLY water in bottles, some wash their hands and faces and some even “baptized” themselves in the holy water of the Jordan River just as John baptized Jesus.

Every year during the first week of January, Christians all over the world commemorate the event of the Baptism of the Lord, and here in the holy land both the Roman Catholics and the Orthodox celebrate the baptism of Jesus here the Jordan river and for which I have a separate movie.

Thant is for today, and until we meet in my next video let’s all live the Jerusalem Experience!