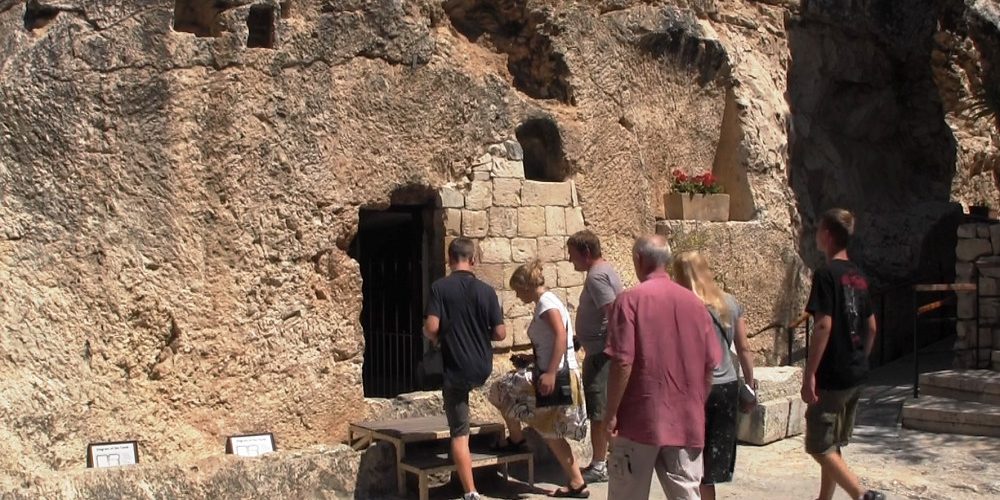 The Garden Tomb of Jesus (also known as Gordon’s Calvary), is located in Jerusalem, outside the city walls and close to the Damascus Gate.

In 1883, General Charles George Gordon, a British army officer, found this rocky escarpment which from several angles resembled the face of a skull (Golgotha in Aramaic). This is how the place looks today…and this is how it looked 130 years ago.

Many have come to believe that this could be the site of the crucifixion, burial and resurrection of Jesus because it so clearly fits the description provided by the writers of the New Testament:

Moreover, when General Gordon examined the Tomb that was found nearby, he found that it also match what is written in the New Testament:

The Garden Tomb Jerusalem has become a popular place of pilgrimage among Protestants and Mormon leaders which have not formally committed to the identification, but considered this Garden Tomb as the most favored candidate site for the Crucifixion, buried and resurrection of Jesus (Opposite to the believe that the site of the Crucifixion is the Church of the Holy Sepulchre). An today we can see individual as well of Groups of pilgrims coming to visit and meditate in this wonderful place.

That is for today and until we meet again in my next video, Let’s All Live the Jerusalem Experience!