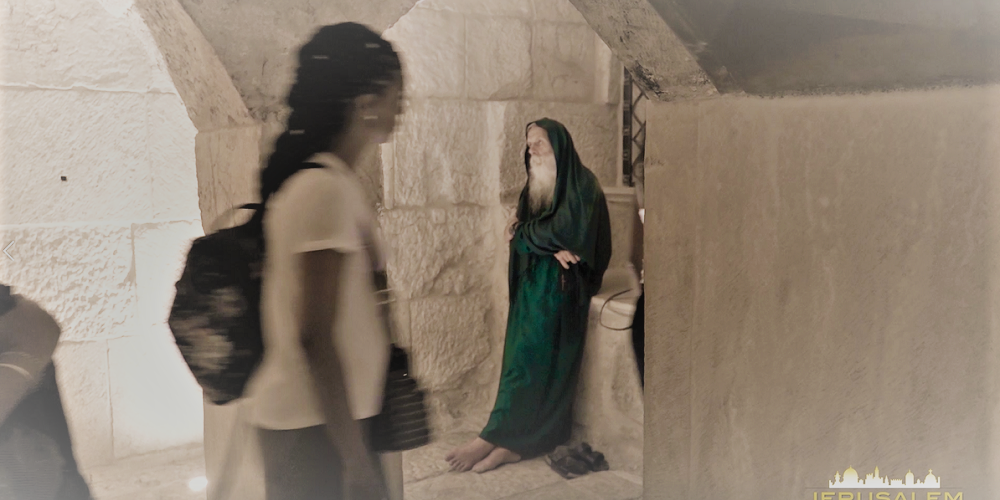 Church of the Holy Sepulchre

Archaeological Reveals from the Prison of Christ

Last Friday I have visited the Church of the Holy Sepulchre as part of my final work on my new DVD of The Via Dolorosa Experience. At the end of the weekly Friday procession of the Franciscans along the Via Dolorosa that ends near the tomb of Jesus, I have decided to stay a couple minutes more to watch the people waiting to get inside the Edicule to stand next to the Tomb of Jesus. Suddenly I heard young Armenian boys praying not too far from where I stood, near the place where according to the Catholic; Jesus met Mary Magdalene after his resurrection. I went there and I saw them praying right outside an opening in the wall which is seems to be covered by two wooden sheets that were now moved to the side. After the pray was ended, I went to see what is this place. And what I have discovered? It was the Prison of Christ, according to the Franciscans, where Jesus had been held the night prior to his trial and then crucifixion.

During regular hours this place is close for restoration works and temporary being open during prayers like the one today. Inside the Prison of Christ I met tow guys, one from Italy and one from Germany, that are experts in this type of restoration works. They have drawn my attention toward two column capitals, at the entrance to the Prison of Christ, which are from Crusader time – 1200 AC (more than 800 years ago). Moreover, the wall on the northern side is back dated to Constantine time when the first church was built at 330 AD (almost 1700 years ago). When you look carefully at the joints between the stones you can see that these stones are from a very high quality so there is no space between them – these stones probably was made in Italy and transported all the way to Jerusalem.

Now let’s talk about the actual location of the Prison of Christ. Different churches have different assumptions about the location of the Prison of Christ. The Greek Orthodox allege that the real place where Jesus was held the night before his trail is within their Monastery of the Praetorium, located at the beginning of the Via Dolorosa near the Ecce Homo. The Armenian regards a recess in the Monastery of the Flagellation which is a building near the 2nd station on the Via Dolorosa, as the place where Christ was held in Prison. Other, believe that a actual prison of Christ is within a cistern now located in ruins near the Church of St. Peter in Gallicantu.

That is for today and until we meet in my next VIDEO, Let’s All Live the Jerusalem Experience!!!

The Chapel of Saint Helena