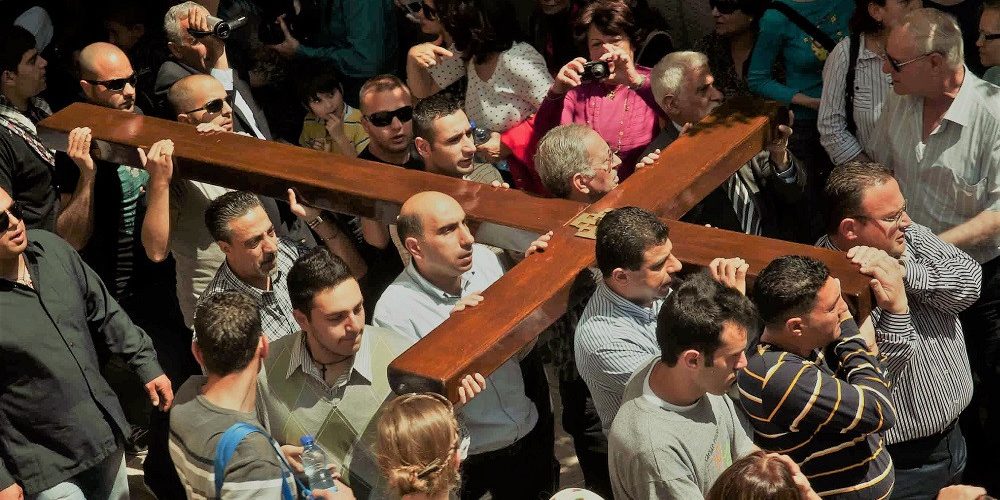 This year, April 6, 2012, it is Good Friday and millions of Christians all over the world are commemorating the crucifixion of Jesus Christ and his death at Calvary. There is no better place to celebrate Good Friday than in Jerusalem where Jesus died on his cross after having his last walk on earth along the Via Dolorosa on Good Friday. Now let’s watch the Video that I have prepared, and experience Good Friday 2012, in Jerusalem.

To watch pictures from Good Friday in Jerusalem – Click here to watch the Album!

Holy Week is one of the biggest celebrations this year. While Holy Week is always a big event in Jerusalem, it is even greater in the year 2012. Many people are making it a special point to spend their  Good Friday 2012 in Jerusalem. They feel like it is especially important to be in the Holy Land this year due to all the prophesies that have been made about it.

The Jewish calendar ends in the year 2012. For this reason some people think that this will be the very last Holy Week ever. And since Good Friday is the day that Jesus was crucified, they think that something particularly especial is going to happen during this week in Jerusalem. This has inspired many people to spend their Good Friday 2012 in Jerusalem. They do not want to miss out in this once in a lifetime opportunity.

Thousands of people have spent the entire Holy Week in Jerusalem, while some have just gone for particular days. Of course Holy Week all begins with Palm Sunday, but some are only making it a point to spend Good Friday 2012 on Jerusalem  and finishing out there Easter in Jerusalem. For some, these three days are the most important ones.  They are confident that many miracles area going to be performed.

Many Christians believe that when Christ reappears, He will first come to Jerusalem. Since this is the resurrection season, many feel as if this would be the time of year that He will appear. Since the Jewish calendar does not go past 2012, many people are making great efforts to be sure that they spend Easter in Jerusalem for 2012

Those who are there in Jerusalem have prepared many special things for the crowds of people they know are coming. Since there will be thousands upon thousands spending not only Good Friday 2012 in Jerusalem, but staying all the way through to Easter Sunday, the coordinators have worked extra hard to ensure the Holy Land has the capacity for the arriving guests. They have prepared a very large celebration for all of Holy Week and those who get to travel to Jerusalem for 2012 are in for a great treat.

Rather or not great supernatural events have been scheduled in heaven to take place in Jerusalem for 2012, one thing is for sure; it is going to be the event of a lifetime. Some people have waited their whole lives for this year to arrive and many more have wanted to see what would happen in 2012 but are not around to witness it. For Good Friday 2012, there is no better place to be than in Jerusalem. This Holy Week is sure to go down in history and those who get to spend Good Friday 2012 in Jerusalem are going to have experiences that they will not soon forget. Anyone who has the opportunity to spend Easter  2012 in Jerusalem should take advantage of the opportunity.