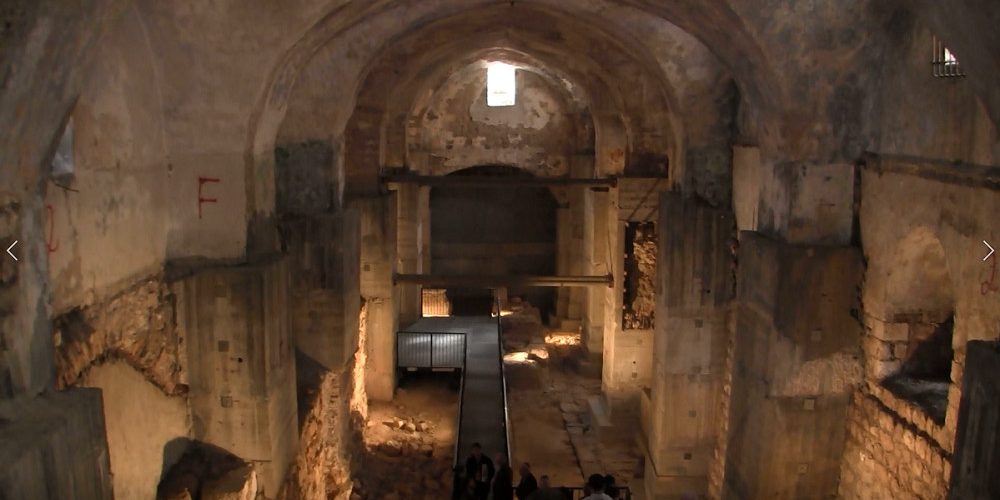 The Trial of Jesus at the Prison of Christ Kishla

In today’s Video Tour to the NEW Prison of Christ Kishla we are visiting a new place which based on recent Archaeological findings can be identified as the place where Jesus put to prison and later was put on trial – It is the Palace of Herod the Great.

The Tower of David

Jerusalem’s Citadel, known as the ”Tower of David”, is a medieval fortress located near the Jaffa Gate which was and still today the main entrance to the old city of Jerusalem.

15 years ago, expanding works had started at the Tower of David in order to add a children’s museum in an abandoned building adjacent to the tower of David. This building was used as a PRISON by the Ottoman Turks and then by the British, while they have ruled Jerusalem.

As a special dig has launched some interesting archaeological findings were discovered: the suspected remains of the palace where one of the more famous scenes of the New Testament may have taken place – the trial of Jesus.

For many years archaeologists assumed that Herod’s Place was built right next to the tower of David. In this excavation work they have found evidence for that assumption.
Here we can see a remaining of a strait and long wall from the time of the Hashmonaim. What is interesting about this wall is that it was supported by both sides with constructions made during the time of Herod in order to support the podium for his place that was built right here. Herod used the Hashmonaim wall as a supporting wall for his place just has the western wall is one of the supporting walls for temple mount.
The tower that we call today the tower of David was one of three towers that were built here in order to protect Herod’s palace.

Prison of Christ Kishla and The Trial of Jesus

Now, what this has to do with the trial of Jesus?

Many believe that the trial of Jesus by Pontius Pilate had taken place at Herod’s place at the western side of the city and not as others believe that the trial took place at the Antonia fortress which was located at the northeastern side of the city near the temple mount.
This current archeological finding brings to life debate about the actual location of the Trial of Jesus, the Prison of Christ Kishla,  thus also the direction of the Via Dolorosa.
So what is right?
That we should leave for archeologists to debate. What we believe is best set by Rev. David Pileggi, minister of Christ Church, an Anglican congregation near the Tower of David:

“What makes a place holy is the fact that people have gone there for hundreds of years, prayed, cried and even celebrated there, so I don’t think there will be changes to the route anytime soon. But the prison does give us a clearer explanation of Jerusalem’s history.”

The Trial of Jesus – places in Jerusalem

Today, a pilgrim who visits Jerusalem can go to 3 different places that might mark the place of Jesus Trial:
• El-Omariyah School for Boys where many believe was the place of the Antonia Fortress which protected temple mount – The most common mark and where all procession of the via Dolorosa start.
• The Praetorium Monastery along with the beginning of the Via Dolorosa right after station #2, where according to Orthodox tradition was the place of Judgment by the Roman governor of Judea during the time of Jesus. It is also believed that here Jesus was held in prison prior to his trial and for that, we have a special video.
• And the Kishla prison at the Tower of David where the place of Herod was stood and where the Trial of Jesus might have taken place.

Until we meet in our next video, Let’s all live the Jerusalem Experience!!!